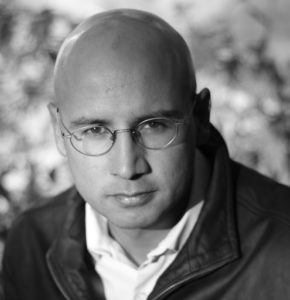 Nidesh’s work reframes the ancient concept of mimesis in light of recent developments in continental philosophy, literary theory, and political theory attentive to the contagious, affective, and plastic nature of imitation. His understanding of Homo mimeticus furthers lines of inquiry central to modernism, poststructuralism, psychoanalysis, affect theory, mimetic theory, stretching to include film studies and the neurosciences. He is the editor of Conrad’s Heart of Darkness and Contemporary Thought (2012), and (co-)edited special issues of MLN,  “Poetics and Politics: with Lacoue Labarthe” (2017) Conradiana (2016), CounTertext (forthcoming), Journal of Posthumanism (forthcoming). His monographs include, The Phantom of the Ego: Modernism and the Mimetic Unconscious (2013), Conrad’s Shadow: Catastrophe, Mimesis, Theory (2016; Adam Gillon Award in Conrad Studies, best book of 2015-2017), and (New) Fascism: Contagion, Community, Myth (2019).

His next books for the ERC Project are Violence and the Oedipal Unconscious: vol. 1 The Catharsis Hypothesis and Violence and the Mimetic Unconscious: The Affective Hypothesis (in press). Nidesh is currently working on a monograph on Oscar Wilde and the imiation of life, and on a collection of essays provisionally titled, Homo Mimeticus: Aesthetics, Philosophy, Politics. Institutional website here. For a complete list of publications see http://kuleuven.academia.edu/NideshLawtoo 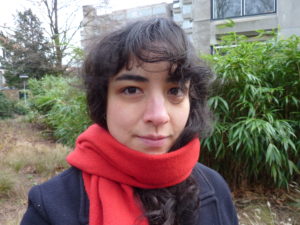 Niki Hadikoesoemo joined the doctoral program at the Institute of Philosophy at KU Leuven in 2017 after receiving a BA in Theater and Performance from Amsterdam University of the Arts and a BA and MA in Philosophy from KU Leuven. Her Master’s thesis was entitled “Empty Tears: Diderot and the Paradox of the Actor;” she further explored this line of inquiry in her Research Master’s thesis, “Theatrical Mimesis: A Reflection on Pina Bausch”. Her PhD within the HOM project focuses on the role of theatricality and affect in both the formation of the self and intersubjective relations based on the concept of mimesis. 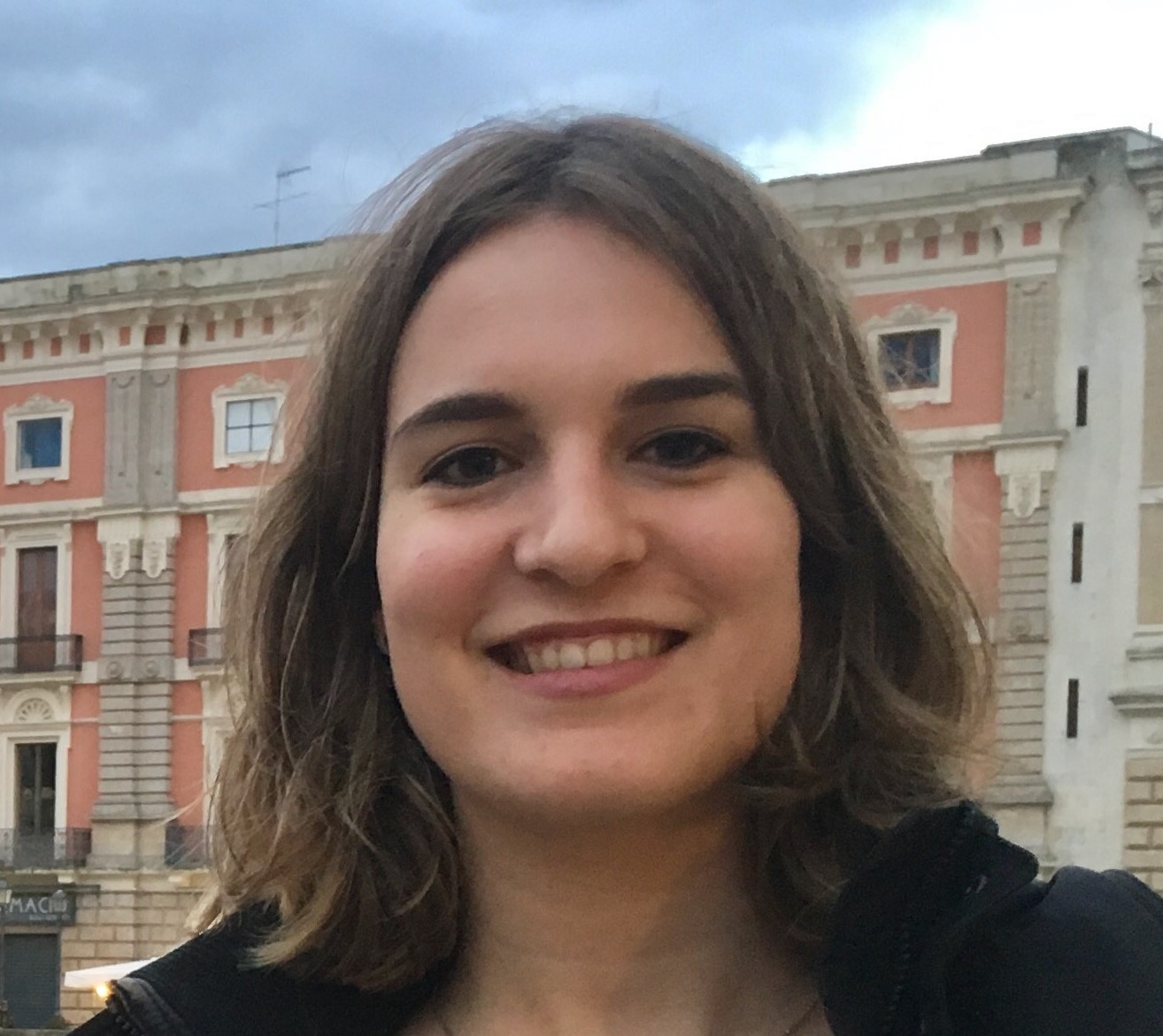 In the context of her research within the HOM team, Marina analyzes Nietzsche’s philosophy and legacy from the perspective of mimesis, with the aim of developing a genealogy of social and cultural normativity, considering the gendered elements as well. She studies mimesis as an anthropological condition for subject formation, focusing on philosophers influenced by Nietzsche or who have stablished a critical dialogue with his philosophy (Deleuze, Lacoue-Labarthe, Nancy, Lawtoo, Butler, Irigaray, Connolly, Bennett, etc.). 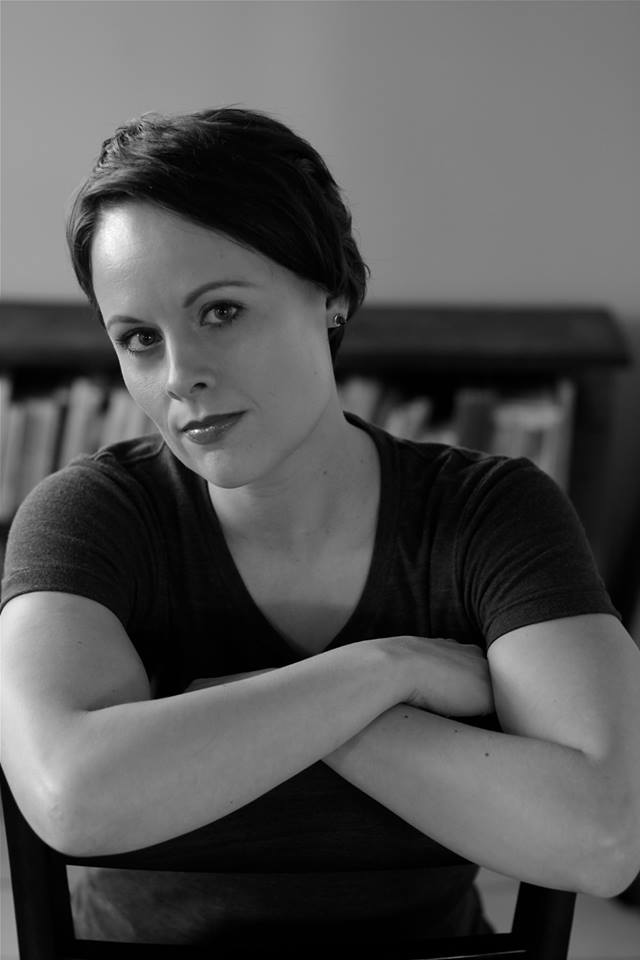 Willow Verkerk is a Postdoctoral Researcher with the Gendered Mimesis Project at KU Leuven and Lecturer in Continental and Social Philosophy  at the University of British Columbia. She was previously a Lecturer in Modern European Philosophy at CRMEP, Kingston University (2016-2017) and an Associate Lecturer in Philosophy at St. Mary’s University (2017-2018). She is the author of Nietzsche and Friendship (Bloomsbury, 2019) and numerous academic articles and essays (see https://www.willowverkerk.com/publications).

Willow’s current research brings together continental philosophy, literary studies, and feminist theory to rethink gendered being through the concept of mimesis. Her analysis provides a genealogical study of the post-Enlightenment subject to further trouble its dualistic, patriarchal, and Eurocentric scheme. Drawing on a Nietzschean legacy in critical theory, she creates a dialogue between this legacy and contemporary continental feminist philosophers working with recent notions of gendered mimesis, specifically performativity (Butler), plasticity (Malabou), and inclinations (Cavarero). As a Postdoctoral Researcher with the Gendered Mimesis project Willow will work on a manuscript provisionally titled Gendered Being: Ontology and Mimesis in the Post-Enlightenment Subject, and a series of related articles. 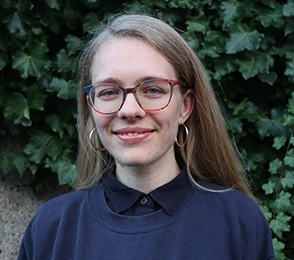 Isabell Dahms is a Postdoctoral Researcher with the Gendered Mimesis Project at KU Leuven. She also teaches on the BA Social Science course at King’s College University London. She co-teaches a course on London’s queer history and literature at the Bishopsgate Institute and has taught a Special Subject Philosophy class at the University of East Anglia.

Isabell is co-editor of Thinking Catherine Malabou: Passionate Detachments (Rowman and Littlefifeld, 2018) and the author of the article ‘Always trouble: Gender before and after Gender Trouble’ (Radical Philosophy, 2021).

Her PhD (2020) researched the emergence of the philosophical concepts of speculation and performativity in modern German philosophy, and more recently in feminist and queer theories. Her current research looks at the history of the concept of gender, its clinical, sociological and philosophical origins. As part of the Gendered Mimesis project, Isabell will analyse how ontology is rethought through the concepts of performativity (Judith Butler), speculation, inclination (Adriana Cavarero), and orientation (Sara Ahmed) and inquire into the relationship between feminist philosophy and collective political activism.

Giulia Rignano is a PhD scholar at the Institute of Philosophy & The Faculty of Arts of KU Leuven within the Gendered Mimesis project and Associate Member of the HOM goup. She graduated in Philosophy at the University of Milan with a Master’s thesis in Aesthetics titled “Materiality and Matter in Gilles Deleuze and the New Materialisms”. Her research combines Neo-materialist perspectives, Mimetic processes and Feminist and Queer Theories. She has collaborated with the international research group IdEm. Identification, empathie, projection dans les arts du spectacle (CNRS, Paris). She is member of PIS. Performing Identities Seminar at the University of Milan and part of CONTRA/DIZIONI, a conference program on Queer and Feminist Theories based at the University of Milan.

Her PhD within the Gendered Mimesis project focuses on the role of mimetic processes in rethinking the Subject in Feminist Theory and Criticism, highlighting the performative, affective, and collective dimension of its constitution.

Karolina Rybačiauskaitė is a Ph.D. student at the Philosophy Institute of Vilnius University and a visiting fellow with HOM project at KU Leuven. Her research focuses on the instability of knowledge-making and its politics in the new materialisms and STS. More specifically, she seeks to extend the meeting points between the speculative account of the ecology of practices introduced by Isabelle Stengers, and the current curatorial attempts to transform contemporary art practices. Her research interests also include the artistic strategies to address the challenges more broadly brought by the Anthropocene. Currently, together with Vytautas Michelkevičius and Kęstutis Šapoka, she is editing the book (In)dependent Contemporary Art Histories: Artists-run Initiatives in Lithuania 1987–2020. 3rd volume (forthcoming 2022). She has been an invited tutor at Rupert in Vilnius (AEP, 2021) and is a lecturer at Lithuanian Academy of Music and Theater.

In her contribution for the HOM project, she focuses on the notion of techne as a type of mimetic influence that connects science, art, and magic. Drawing upon Isabelle Stengers’ concept of “art of influence”, she will argue for a more immanent understanding of aesthetics.

María J. Ortega Máñez is a Postdoctoral researcher and translator. She obtained a Master in Philosphy and a PhD in Comparative Litterature from Paris-Sorbonne University and held a Postdoctoral fellowship at the Univiersity of Vienna as part of the FWF Research Project «Calderón cómico. The meaning of pure theater». She has taught Philosophy, Spanish Literature and Theater Studies in France (Paris Institute of Political Studies, Paris-Sorbonne University), Austria (University of Vienna) and Spain (Escuela Superior de Arte Dramático de Castilla y León). She has translated into spanish Le théâtre est-il nécessaire? by Denis Guénoun (Antígona, 2015) and La voix endeuillée. Essai sur la tragédie grecque by Nicole Loraux (Avarigani, 2020).

Her research is focused on the relationship between philosophy and literature (theater), which she analyzes through different fields of study, such as literary theory, aesthetics, baroque Spanish Theater and  20th-century Philosophy. As a Postdoctoral Researcher within the HOM Project, María will complete the manuscript Mimesis at play. On the ancient quarrel between philosophy and theater (provisional title). In this work she reconsiders the first conceptualizations of mimesis in Ancient Greece stressing its comic roots and bringing into new light the relationship between Plato and Aristophanes, philosophy and comedy. 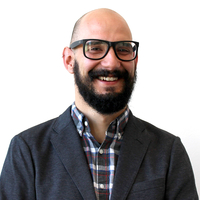 Daniel Villegas Vélez is a Postdoctoral Researcher with HOM Project at KU Leuven. He received his PhD in Historical Musicology from the University of Pennsylvania (2016) and held a Postdoctoral Fellowship on musicology and performance studies with the Center for Cultural Analysis at Rutgers University (2016-2017).

Daniel’s work bridges multiple gaps between continental philosophy, sound studies, musicology, and decolonial thought through a reconsideration of mimesis as performance. Addressing the aesthetic politics of sonorous performance and musical thought, his research focuses on the role of mimesis in seventeenth-century theories of the affections and contemporary affect theory; baroque political theology and critiques of sovereignty; and the role of decoloniality in Latin-American aesthetics of barroco and neobarroco. Daniel has contributed to the b2o review and Critical Reviews on Latin-American Research, and has forthcoming articles in New Writing and the Oxford Handbook of Timbre (2018).

As a Postdoctoral Researcher within the HOM Project, Daniel will complete a manuscript entitled Mimetologies: Mimesis and Music 1600-1850 and accompanying articles that argue for a new way of understanding musical aesthetics, where musical performance is a mimetic practice that produces and inscribes sociopolitical values, while participating of the creation of distinctions between magic and science, nature and culture, Europe and its others. 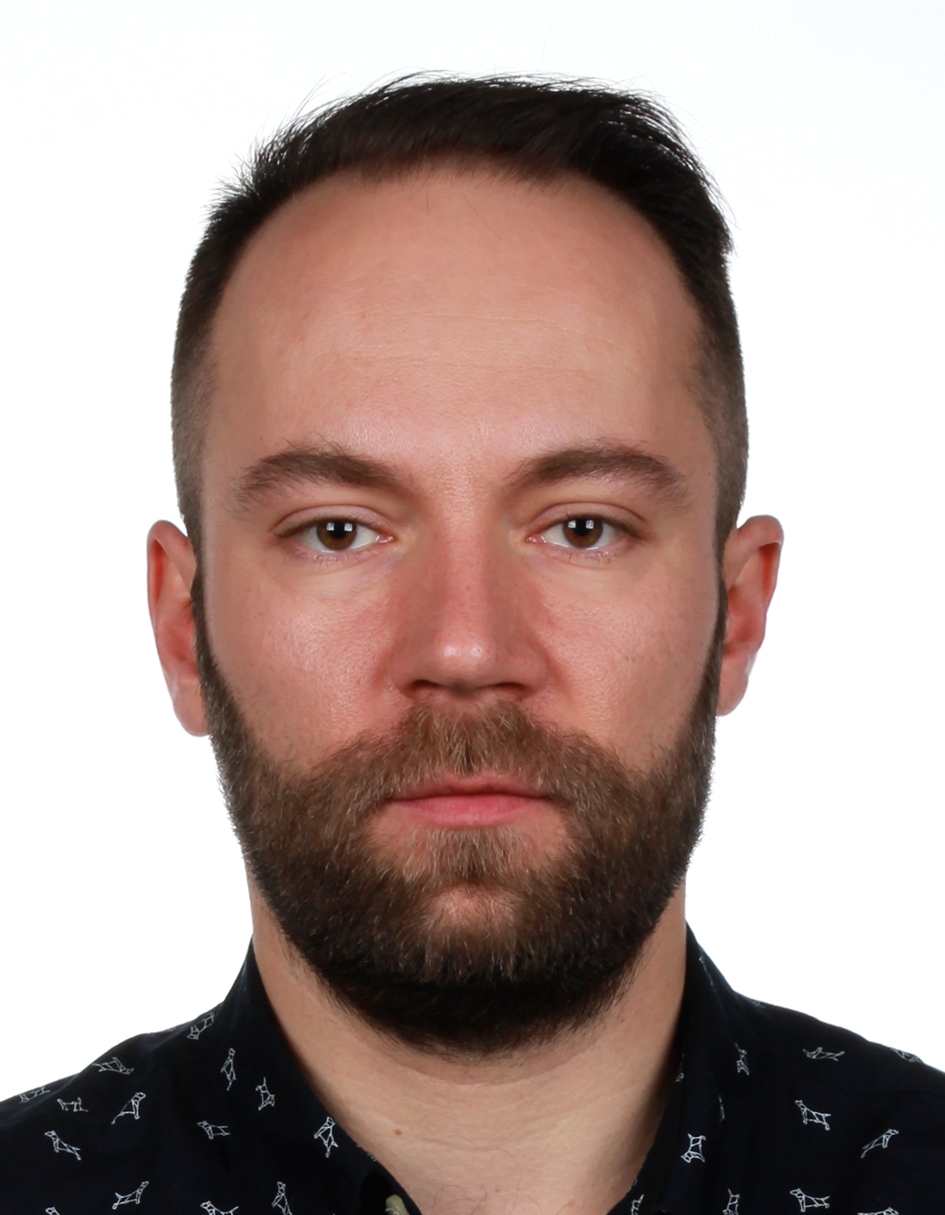 Dr Wojciech T. Kaftanski, PhD (Australian Catholic University) is currently a Postdoctoral Researcher at Husserl-Archives: Centre for Phenomenology and Continental Philosophy, Institute of Philosophy (University of Leuven). His research project is ‘The Modern Man and Imitation/Mimesis: A Study in Selfhood and Morality.” He is also a former visiting scholar at Søren Kierkegaard Forskningscenteret (University of Copenhagen) and House Foundation Scholar at Hong Kierkegaard Library (St Olaf College, MN, USA).

In his project Wojciech puts Kierkegaard in conversation with several modern and contemporary thinkers to advance our understanding of the role of imitation, imagination, and ethics for the contemporary discussion on the ubiquitous phenomenon of exemplarity and role modelling. The project has three interrelated goals. First, it presents imitation/mimesis in Kierkegaard as a unique and novel conception of imitation/mimesis in its own right and as enriching and furthering the general philosophically informed discourse on the subject. Second, this project explores the link between imitation/mimesis and imagination in Kierkegaard, as signifying an ethical position concerning human existence and human activity in the world. Third, it demonstrates that Kierkegaard’s discussion of imitation/mimesis can contribute to contemporary debates about moral exemplars in particular and role models in a more general sense (politicians, celebrities, influencers).

On the one hand, the main classic thinkers, which Wojciech puts in dialogue with Kierkegaard, are Rousseau, Nietzsche, Tarde, Adorno, Girard, Murdoch and Ricoeur. On the other hand, the core contemporary thinkers that he engages with are Lawtoo, Gebauer, Wulf, Schweiker, Rosfort, Stokes, Zagzebski, Kristjansson and Dijksterhuis 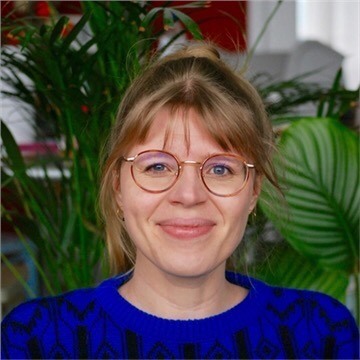 Carole Guesse was Postdoctoral Researcher within the HOM project (2020-2021) and a Non-fria fellow at the University of Liège (2015-2019) and received a PhD in Comparative Literature with a thesis titled, Fictions and Theories of the Posthuman: From Creature to Concept (2019). She has been an Invited Lecturer in Literary Theory at the Catholic University of Lille and an Assistant Lecturer in Research Methodology, English and Spanish at the Haute École Charlemagne (Liège).

Her work combines literary and philosophical approaches to provide an interdisciplinary study of the Posthuman. In particular, she has been focusing on the interactions between the artistic and the theoretical developments of the Posthuman, which entail (science) fiction, and edited Obsolescence Programmée: Perspectives Culturelles with Ella Mingazova and Bruno Dupont (2020). 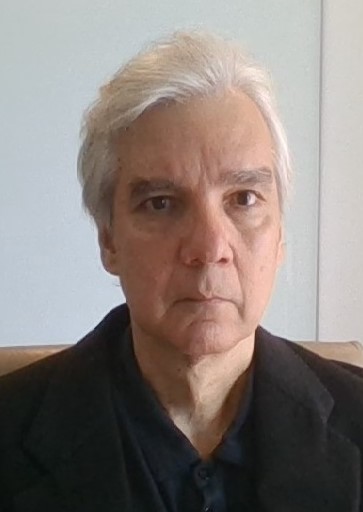 Teacher of Philosophy since 1989. 1995, PhD in Philosophy on multiplicity as a philosophical concept. 1999, thesis (associate professor requirement) on the relationship between Deleuze and Psychoanalysis. 2006, new associated professor thesis on Philosophy and Pragmatics. 2008-2009, Fulbright Scholar Advanced Research and University Lecturing Awards, dedicated to the philosophy of continuity at C.S. Peirce at the Peirce Edition Project (IUPUI, USA). 2011-2012, visiting scholar at the University of Paris X, dedicated to Deleuze and the philosophy of mathematics. He is currently professor at UNESP (São Paulo State University, Brazil). Directed 19 Master and 19 Doctor degrees. Published 64 articles, 7 books (either as an author or editor), and 32 chapters.