Plato and Aristotle disagreed about the value of mimetic representations, but agreed that humans are mimetic creatures. Originally invoked to define humans as the “most imitative” animals in classical antiquity, mimesis (from mimeîsthai, “to imitate”, from mîmos, mime) has recently been at the center of theoretical debates in the humanities, social sciences, and the neurosciences concerning the role of “mimicry,” “identification,” “contagion,” and “mirror neurons” in the formation of subjectivity.

And yet, despite the growing confirmations that imitation is constitutive of human behavior, mimesis still tends to be confined to the sphere of realistic representation. The Homo Mimeticus: Theory and Criticism (HOM) project combines approaches that are usually split in different areas of disciplinary specialization to provide a correction to this tendency. It general goals is to promote a “mimetic turn, or re-turn of mimesis” that shifts paradigm in thinking about mimesis from realism or representation toward an affective, embodied, and relational conception of mimesis constitutive of homo mimeticus. HOM Theory video introduction here.

The Homo Mimeticus Project proposes a new mimetic theory based on the following principles and concepts that inform different disciplinary perspectives, including philosophy, literature, film, politics by engaging different schools of critical theory. A general introduction available in, Lawtoo, “The MimeticCondition” CounterText 8.1 (2022).

1) Mimesis understood “not as straightforward imitation, then but rather mimesis as a disconcerting form of unconscious communication that troubles the boundaries and of individuation” (Lawtoo, The Phantom of the Ego (Intro.), p. 2)

2) The Mimetic Turn: a shift from mimesis understood as debased copy or represenation toward mimesis understood as an immanent processes of human, nonhuman, technological imitation. The mimetic turn also invites diagnostics of how “the performative powers of virtual simulations to retroact on mimetic subjects in the digital age” (Lawtoo, Reflecting on Hypermimesis, p.524).

3) Mimetic Pathos:  humans are open to a plurality of mimetic affects that include desire, but also stretch to include a generalized “loss of the ego” [or mimetic pathos] generative of a “movement of becoming other in a period characterized by intense cultural, scientific, and historical transformations” (Lawtoo,The Phantom of the Ego. Coda: Mimetic Theory Revisited, p. 287)

4) The Phantom of the Ego: homo mimeticus’ vulnerability to mimetic pathos opens the traditional autonomous subject of Aufklärung to external influences that blur the boundaries of individuation generating a porous, relational, and permeable ego we call, after Nietzsche, “Phantom von Ego” (Lawtoo, The Phantom of the Ego, p. 1-3)

5) The Mimetic Unconscious: rather than focusing on dreams as a via regia to an Oedipal unconscious HOM Theory pays attention to mirroring reflexes that operate below conscious awareness and are in this immanent, relational, and embodied sense un-conscious. The mimetic unconscious is based on a “mimetic rather than repressive hypothesis” that anticipates recent discoveries in the neurosciences (e.g. mirror neurons) (Lawtoo, “The Mimetic Unconscious”p, 38, )

6) The movement of HOM Theory is captured in the Nietzschean concept of pathos of distance: homo mimeticus oscillates pendulum-like, “towards/away from mimetic reactions” generating a push-pull between mimetic drives based on affect (pathos) and anti-mimetic tendencies based on reason (logos) (Lawtoo, The Phantom of the Ego, p. 3)

7) Patho(-)Logies: mimesis goes beyond good and evil, generating both contagious pathologies and patho-logies or critical discourses on mimetic pathos. Patho(-)logy “transgresses the principle of noncontradiction. It is situated at the juncture of the both-and, rather than the disjunction of the either/or.” (Lawtoo, The Phantom of the Ego p. 6)

8) Mimetic Racism/Sexism: the tendency “to project irrational, mimetic tendency onto subordinate gendered and racial others” (Lawtoo, The Phantom of the Ego, p. 98)

9) The Plasticity of Mimesis: “Mimesis, just like plasticity, is the property of a subject without property whose defining characteristics are, indeed, to receive form and give form. It is both the subject of a passive reception of form (the subjective base, or “wax”) and the subject of a typical virtuosity to give form (the plastic subject who assumes different “roles”). (Lawtoo, The Plasticity of Mimesis” p. 1213)

10) (New) Fascism: foregrounds “mimetic concepts that were once central to the spread of fascist pathos–contagion, community, myth–and are now proving central to the rise of (new) fascism as well” via a “hypermimesis” reloaded by new digital media in the posthuman age. (Lawtoo, (New) Fascism, p.xxiv, 166-78)

11) Viral Mimesis: “mimesis shares some characteristics with viruses: it is linked to reproduction, it infiltrates human bodies in imperceptible ways, and above all, it renders subjects vulnerable to a type of affective contagion that is amplified by proximity with others” (Lawtoo, The Mimetic Virus; see also Hayles, Survival as Mimesis ).

12. Mimetic Agonism: a positive supplement to the violence of mimetic rivalry, “mimetic agonism  is a form of intellectual and creative contest with intellectual predecessors that appear at first sight to be simply opponents or antagonists, yet, on a closer genealogical investigation, provide the very conceptual and theoretical tools to establish an opposition in the first place—in a creative, productive yet still mimetic way” [examples include Plato contra Homer, Nietzsche contra Plato; Lawtoo, Violence and the Unconscious, forthcoming).

14) Hypermimesis: the digital turn generates no longer rests on realism or hyperrealism but generates “a dynamic interplay of virtual simulation and bodily imitation…located at the juncture where hyperreal simulacra and real mimetic subjects meet, mirror one another” generating all-too-real effects on posthuman subjects. (Lawtoo, Reflecting on Hypermimesis” p. 524; see also “Avatar Simulation in 3Ts”; “The Matrix E-Motion: Simulation, Mimesis, Hypermimesis“; This Is No Simulation: Hypermimesis from Being John Malkovich to Her“)

15) Vita Mimetica: carving out new intellectual space between Plato’s conception of the vita contemplativa and Hannah Arendt’s political theory of the vita activa, the concept of vita mimetica designates an immanent socio-political space in subjects are formed and transformed by spell-binding mimetic simulations endowed with performative and contagious properties. (Lawtoo, “Vita Mimetica,” in Homo Mimeticus: A New Theory of Imitation, Leuven UP, 2022)

Together, these principles/concepts provide the main elements for a mimetic turn or re-turn of mimesis in different strands of critical theory, including continental philosophy, literary theory, political theory, film studies, musicology, performance studies, and posthuman studies.

HOM is conceived as a transdisciplinary project situated at the crossroads between the Faculties of Arts, Social Sciences, and Philosophy. 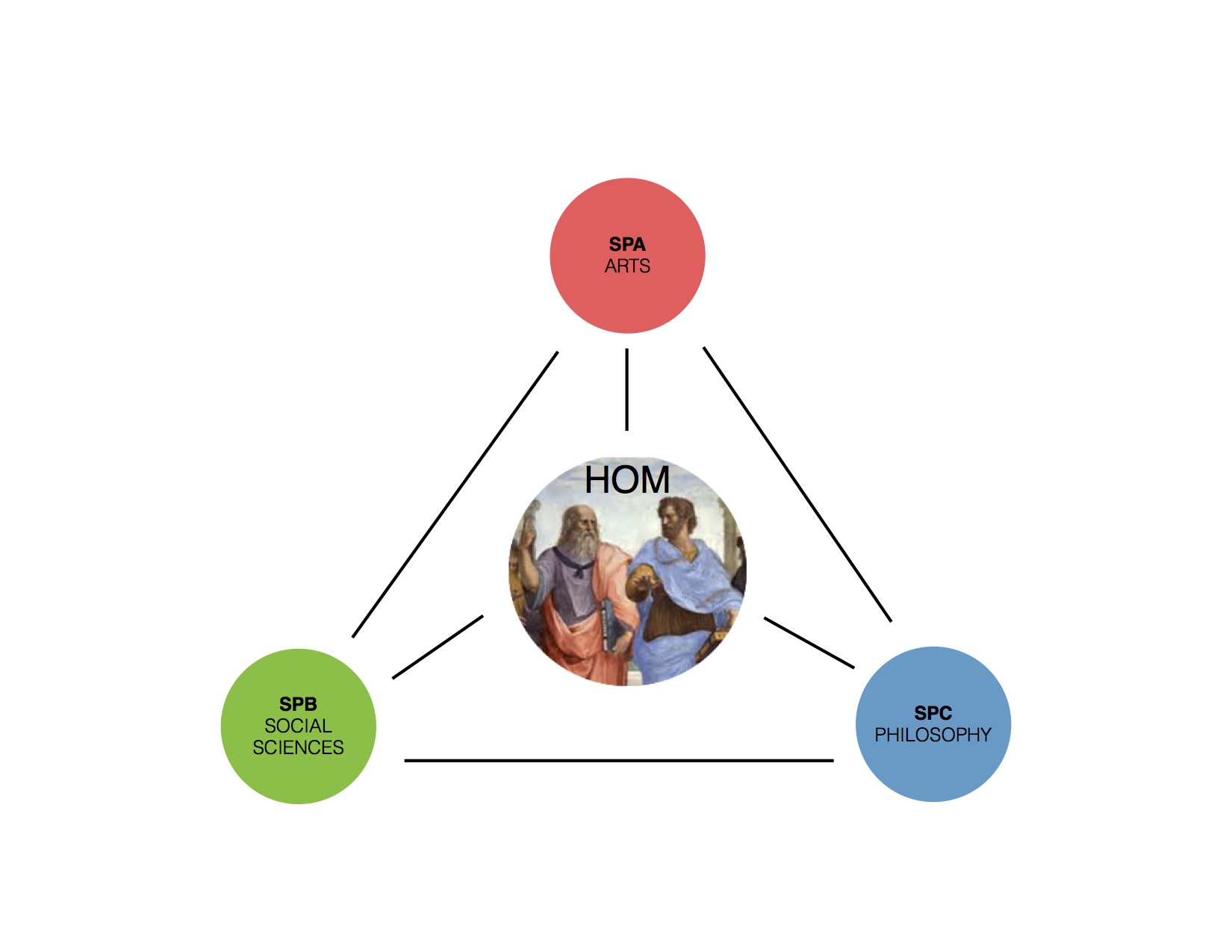 Considering mimesis as constitutive of human originality, the different subprojects (SP A-B-C) revisit the centrality of the affective, performative, and behavioral side of imitation in disciplines as diverse as literary theory, performance studies, musicology, political theory, film studies, and continental philosophy.

Specific contributions to each SP include: 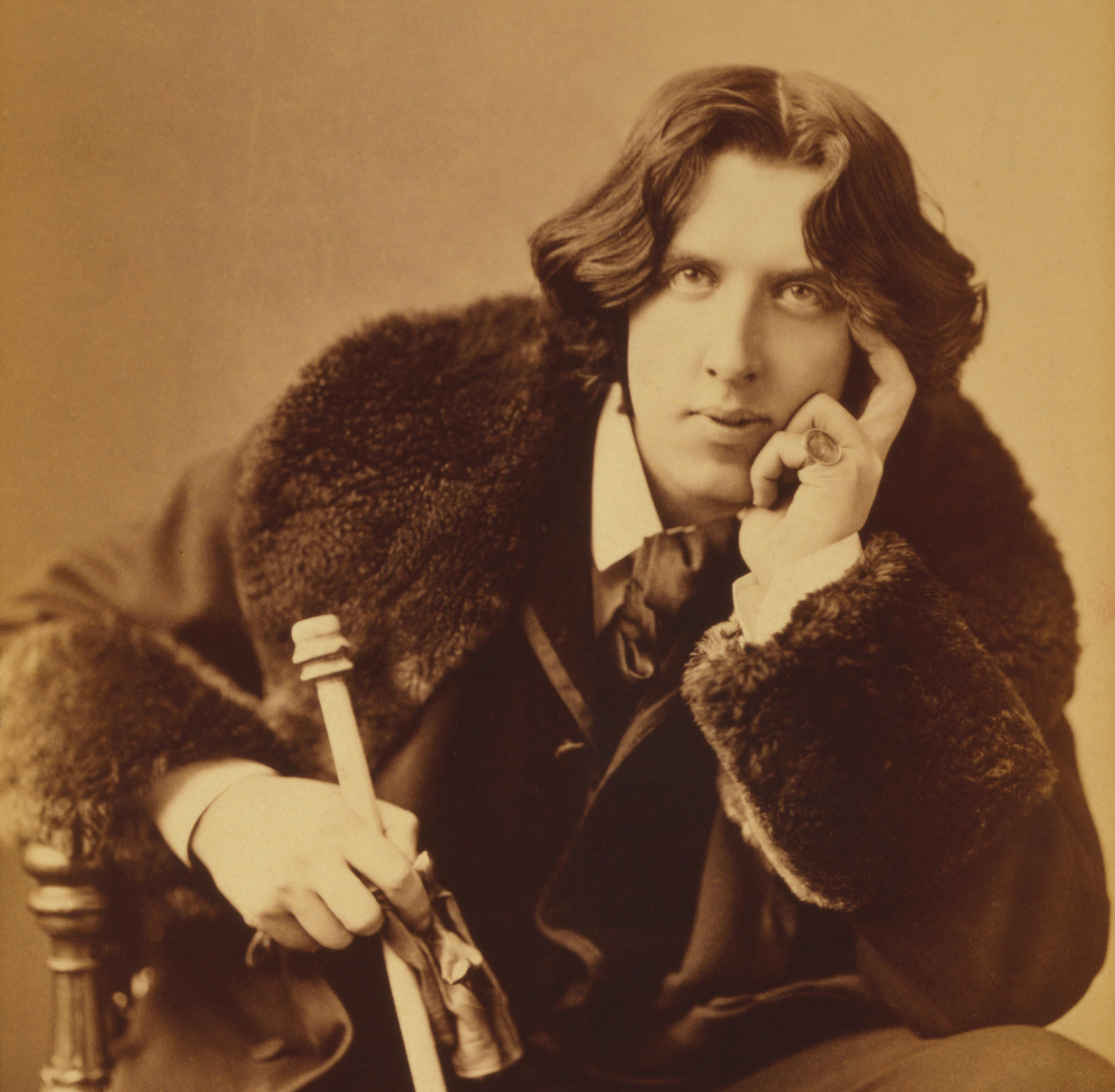 1) Reframing a major proponent of anti-mimetic aesthetics in modern literature (Oscar Wilde) by looking back to the classical foundations of theatrical mimesis that inform his corpus (SP A).

2) Unearthing the material effects of virtual simulations on human behavior by looking ahead to new digital media via contemporary science-fiction films (SP B);

3) Establishing an interdisciplinary dialogue between philosophical accounts of mimesis and recent discoveries in the neurosciences (SP C);

4)Opening up new ways of understanding musical aesthetics in terms of mimetic practices that inscribe sociopolitical values between magic and science, Europe and its others (SP A/C);

5. Revisiting the role the figure of the mime played in the rise of key advocates of poststructuralist philosophy, from Derrida to Lacoue-Labarthe, Butler to Deleuze. (SP A/C).

6. Emphasizing the mimetic components of the posthuman in both its theoretical and fictional developments, with special attention to the posthuman subject as hybrid, porous, vulnerable, and generally alterable (SP A/C).

7. Confronting the rising threat of new fascist movements, in the US and Europe, by diagnosing the power of leaders to inject mimetic contagion in crowds and turn politics into a fiction (SP B/C.)

Together, these new perspectives on Homo mimeticus reconsider the aesthetic foundations of a major literary author, open up new lines of inquiry in film studies, musicology, performance studies, political theory, and steer philosophical debates on mimesis in new interdisciplinary directions.

This research project combines perspectives that are often split in different areas of investigation but that need to be combined in order to do critical and theoretical justice to a chameleon-concept that changes color as it crosses over literary, theatrical, musical, cinematic, philosophical, and political territories. 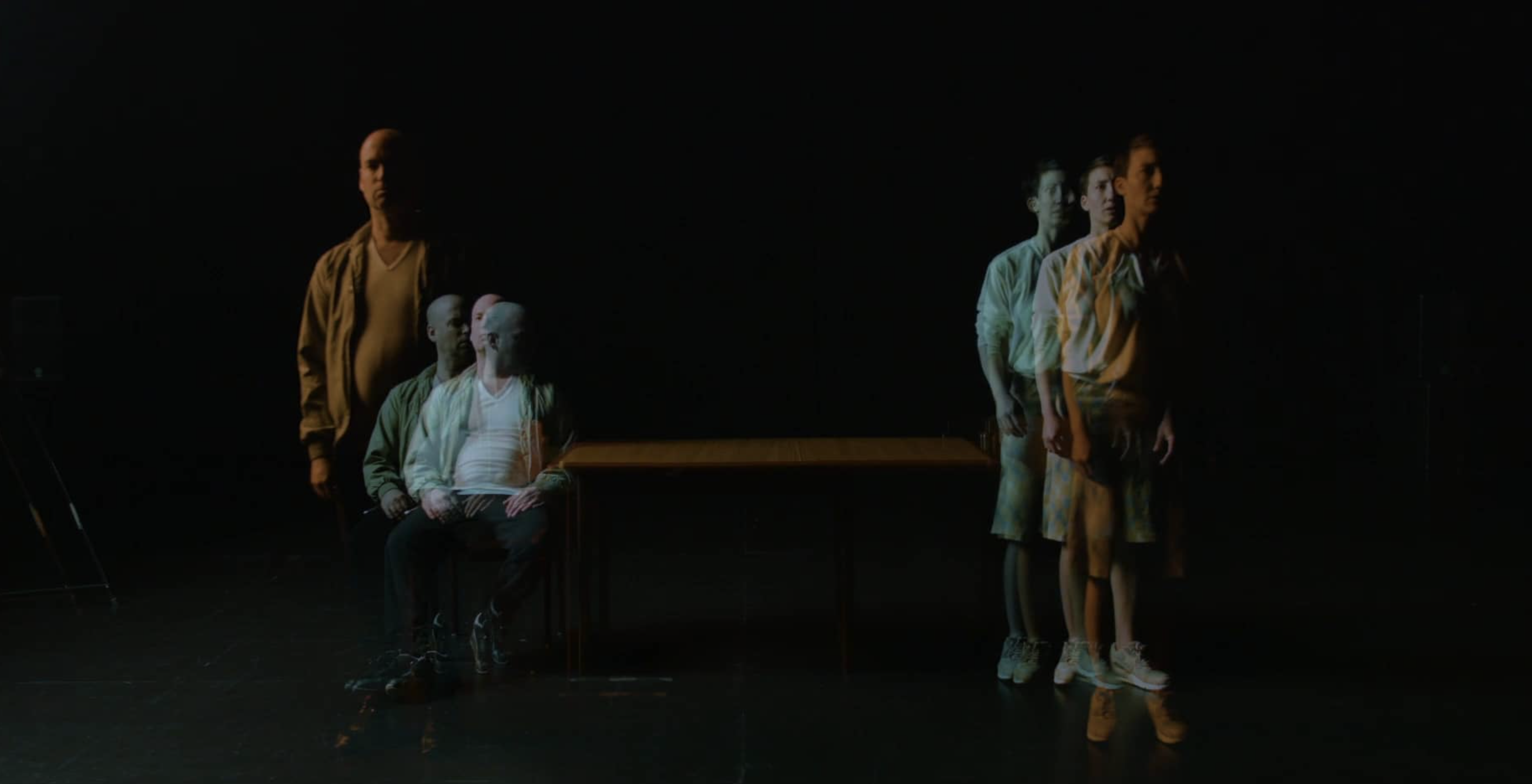 In the process HOM also engages with the manifestations of mimesis in the social sciences (contagion, mimicry), theater studies (performance, impersonation), and the neurosciences (mirror neurons, brain plasticity).

Principal Investigator Nidesh Lawtoo has been awarded the ERC Starting Grant of approximately EUR 1 million to pursue this project at KU Leuven.

HOM’s outcomes will result in a series of monographs, special issues and accompanying articles, as well as a PhD thesis. Together, team members explore the aesthetic, affective, conceptual and political implications of the mimetic faculty today. Tentative titles: 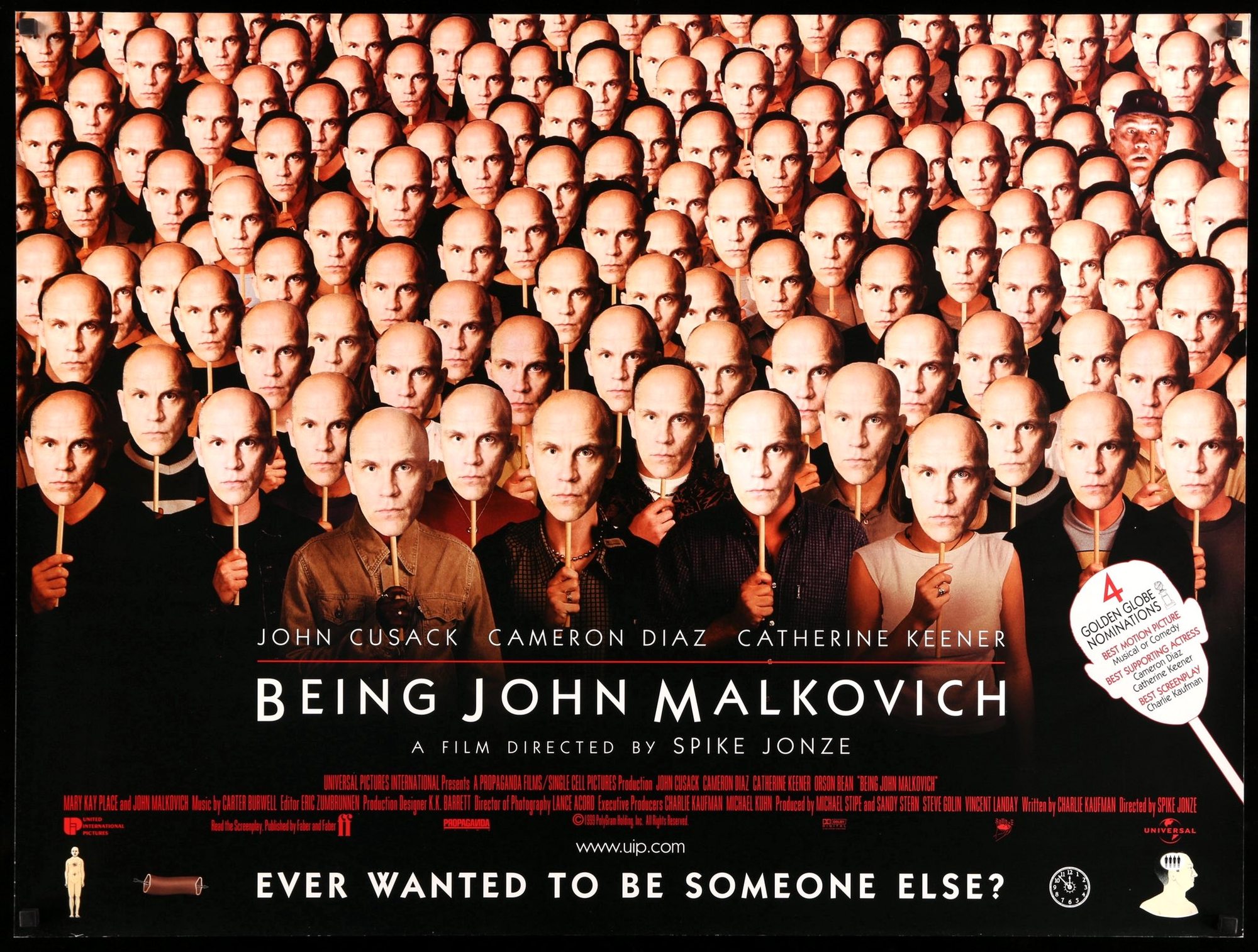 Should you have any questions, please don’t hesitate to get in touch!(nidesh.lawtoo[at]kuleuven.be) 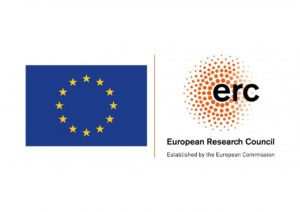